On the Etymology of Attitude

After recently having come across some very poor attitude in some groups of people, I started researching the etymology of the word Attitude. This is the definition I found: 1660s, via French attitude (17c.), from Italian attitudine “disposition, posture,” also “aptness, promptitude,” from Late Latin aptitudinem (nominative aptitudo; see aptitude). Originally 17c. a technical term in art for the posture of a figure in a statue or painting; later generalized to “a posture of the body supposed to imply some mental state”. 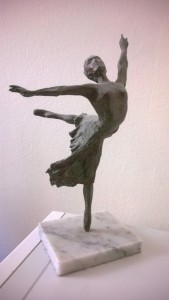 In other words, attitude is something fundamentally physical. Moreover, in classical ballet Attitude is the most difficult pose to master. It demands extreme turnout in order to look beautiful.

Attitude also makes me recall my late ballet teacher, Prima Ballerina Margaretha von Bahr, who recently passed away at the age of 94. She had a firm opinion regarding Attitude: if it did not look right to her discerning eye, she would shout out in a harsh voice: “that looks like a dog taking a pee”. Having been the first western ballerina to dance on the stage of Bolshoi in the 1950’s, she had the authority to say so. That’s why I came to fear that conspicuous pose so.

What is then wrong attitude in a business school? It is to reply “No I can’t do it” when asked for a small favor such as participating in a two-minute flashmob or in refusing to help peer students with some simple task in their project work. I also call it “ass glued to chair”-attitude, my apologies for the graphic language! The right attitude is about volunteering, carrying furniture, giving a hand in the kitchen, cleaning up after an event… This spring we have enjoyed several successful events, most recently the Alumni Night and the gala dinner at the Leading Passion Conference in April. The favorable outcome of both events was the result of so many people showing the right attitude throughout the process.

This spring I have also come across wonderful attitude in the people who volunteered to join the cast for the Teater Svenska Rummet tanzt theater production “Finess och Takt: Borgå svenska historia på ett ögonblick” that will be performed on 27 April in Theater Grand Porvoo. I was already contacted in January by the director at Grand who requested a performance in Swedish from Porvoo Campus on the occasion of legendary TV-historian Herman Lindqvist giving a lecture on the Swedish-Finnish legacy. Of course I immediately agreed to contribute with a miniature play. However, it turned out to be surprisingly difficult to put together a cast for this production. Early in the process I had an actor, a classical pianist and a hip-hopper joining, but we still needed more people. And where were all the Swedish speakers? I’m still asking that question on the eve of the premier of the play. Incidentally, we will have a play in Swedish, French and English with a multi-national cast. In Shakespeare’s words, all’s well that ends well. Against all odds, we finally managed to form a theater ensemble on Porvoo Campus! And what a brilliant and beautiful cast it is, including talented and enthusiastic people from several continents. People with the right risk-taking attitude for succeeding in business! 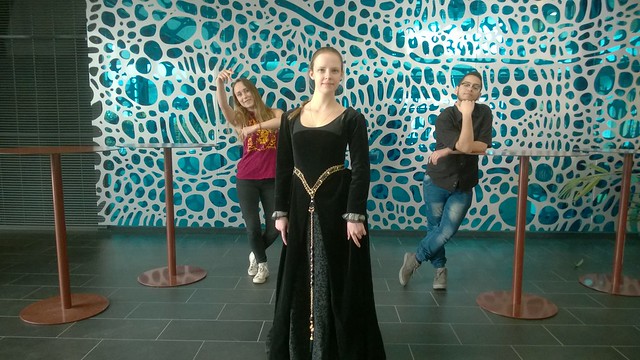 Three years ago my lovely Russian friends, film director Pavel Resser and wife Ludmila Elkonina walked in on Porvoo Campus and declared that we need a theater here. Yes we do! And voilà, here it finally is! I wish you were here with us – I know you are in spirit though! 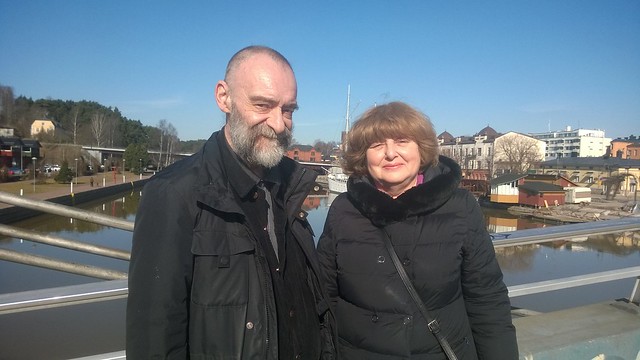 Dancing English Teacher holds an MA in English Philology and is a certified dance teacher. She takes interest in introducing dance and movement improvisation into vocational business studies. Dance is a shortcut to embodiment, kinesthetic awareness and efficient team work. Thus, business students benefit from dance and movement studies.
View all posts by Pia Kiviaho-Kallio →
This entry was posted in Uncategorized and tagged attitude, business, Grand, Porvoo, Teater Svenska Rummet. Bookmark the permalink.