(Google translated article based on this) 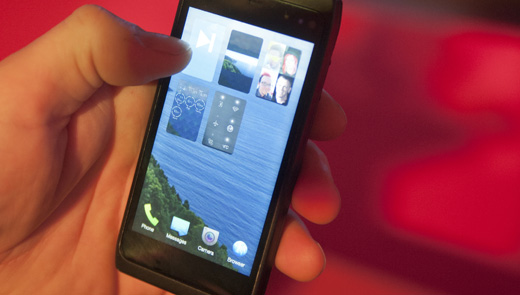 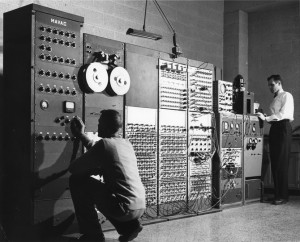 In practice, the use of threshold limits out of the consumer market, but Also the information technology in the consumer did not have the demand, becaus customers’ needs in relation to the time the technology is not Possible to Satisfy the Inadequate infrastructure and Undeveloped device portfolio.

Game consoles and home PC were pioneers in Consumerization trend

A significant lowering of barriers to the use of IT were taken in the 1970s when the invention of the microchip and its utilization became different forms into market. IT Consumerization could be interpreted to have taken the first steps towards mass markets in the 1970s, when information technology provided business oppotunities in the entertainment industry. The industry attracted video games and home computers with more customers in the consumer market. In the 1980s Consumerization became even more common when the industry consolidated fragmented domestic market for micro-PC devices. This led to the practice area standardisoitui quickly: semi-open accidentally created by IBM created the PC hardware architecture enabled the large-scale mass production, where production fell by an increase in the volume of manufacturing and distribution costs. Lower prices and increased hardware and software selections in turn increased demand, which in turn increased the supply even further. So, this led to the legendary computer brands such as Commodore and Atari, for example, could not compete anymore with the PC market. 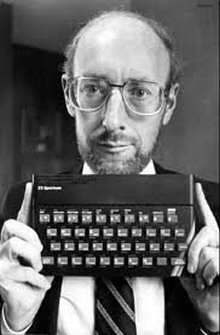 Internet services and accelerated in the 1990s the trend of Consumerization

The next major step was seen as the next in the 1990s, when the Internet and the Web began to hit through the mass market. IT Consumerization during these times based on the Internet revolution, which provided expanded range of devices and services. The IT became was more distribution channel for services, as well as services became a production model that moved through the different lines of business. Services provided by banks are probably a good example of how the use of information technology held in banking, manufacturing and distribution to customers. IT consumerization based more and more on information distribution, communication and web-services. World Wibe Web included user friendly graphical user interfaces, which reduced production and operating threshold. 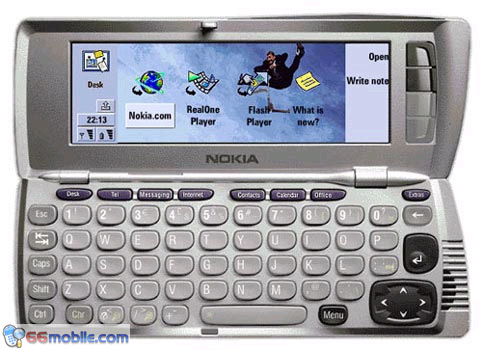 The equipment and services begin to mobilize in the 2000s

At the beginning of the new millennium, IT Consumerization continued to develop devices and services. Terminal Products and services developed further, and perhaps most important, they began to attend more and more services, engendered in the usage of the changed, but in addition to equipment became more diversified and integrate services for mobile consumers. So this has been the consequence, which has allowed a place of independence, but also of technology neutrality: no longer does (should) not matter where and how you are using terminal services. In practice, this transition is also reflected in the demand for technology markets: mobile has been driven by the traditional, 1980s architecture based on PC’s over when you look at the market, as well as volumes of information technology use cases. Nowadays, you do not need to sit next to the machine and open the computer, open the operating system and log on to open an email or a browser if you want to use Internet services.

In 2012, about 700 million were sold in the mobile terminal, which will carry with them always go to satisfy consumers’ computing needs. For example, Windows PC, and today represent a minority of the market shares of technologies, while it was still in 1999-2000 was about 95% of all information technology terminal equipment. Goldman Sachs has published a graph (shown below) that describes the technologies, market development, and will also assess the future development. Technologies market volumes may be looking to make the observation that the Consumerization has changed, at least the following issues: 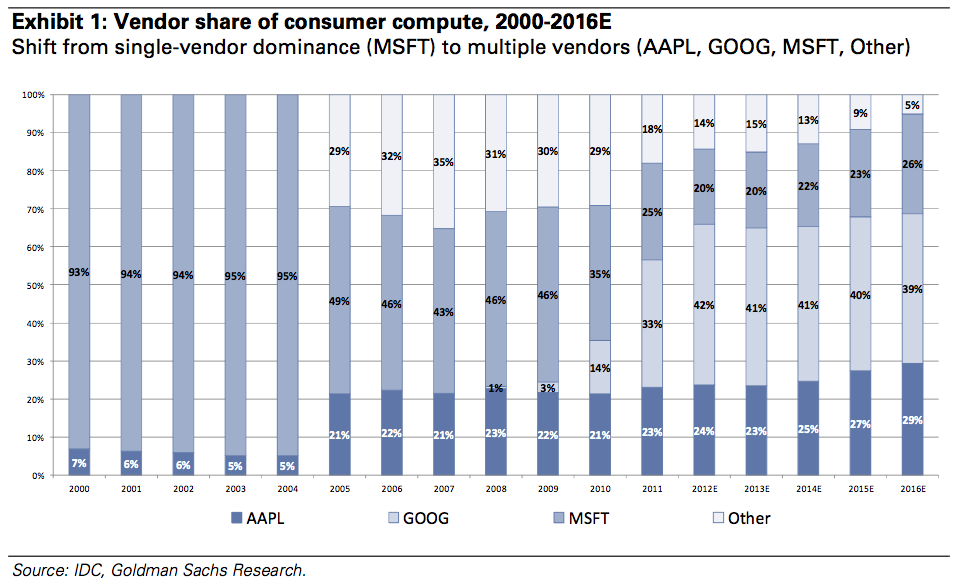 On this basis, should be seen in the new technology revolution presents challenges and opportunities for the future, and the skills required for success in the market, which is dominated by the traditional PC instead of the mobile device market.

In practice, the mobile IT Consumerization is the thing that defines the usability of information technology in the future. This will lead to new demands of know-how, especially in the case of existing IT solutions as well as on the development of new services in the production and acquisition. In order for this development in the race to deal with, so this can be viewed as a requirement for the acquisition of information technology and contemplating. Traditional PC indeed accurate, although it is expected the marginalization of the needs defined by its characteristics: the content needed to produce the keyboard + display, as well as a stand-alone environment.

I guess that’s what we do not want?